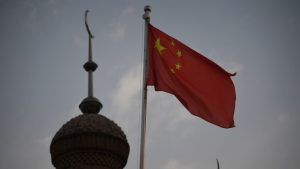 The recent rally in stock prices has had two main drivers (and no, earnings are not one of them; earnings have been OK relative to manipulated “expectations” but they are down year over year).

The market expectation is that the U.S and China will reach a “mini-deal” (known as phase 1) in the coming weeks. This might include a delay of additional tariffs planned by the U.S. for Dec. 15 along with substantial commitments by China to purchase over $20 billion of U.S. soybeans and hogs. The tariff relief might go further to include a rollback of existing tariffs.

The Chinese purchase commitment might be larger than $20 billion. Yet even this mini-deal is not a done deal.

It was supposed to happen on Nov. 17 at a summit conference in Santiago, Chile. The summit was cancelled due to riots in that city and no acceptable meeting venue for presidents Trump and Xi has yet been announced.

China is pressing for more concessions by the U.S. in the meantime. In any case, the market is priced for a done deal. Any disappointment on substance or timing will throw stocks for a loss. Beyond that, there is almost no chance of a phase 2 deal or anything that would end the trade war once and for all.

The unresolved issues include theft of intellectual property, opening of Chinese markets to U.S. investment and cyber-espionage through Huawei and other Chinese tech giants. This article describes another deeper and more profound impediment to good relations.

China is one of the most horrific human rights abusers since the end of the Third Reich. China is rounding up Uighurs and Christians and putting them in concentration camps. The unlucky ones have their organs removed without anesthetic to support an organ transplant industry. The victims’ bodies are then cremated, exactly as the Nazis cremated Holocaust victims.

China has said criticisms of its abuses are not “helpful” for trade talks. China’s reaction to criticism is not “helpful” to the stock market. The bigger question is why the U.S. does business with China at all.