As the old models of financial analysis and risk management continue to fail us, we need to innovate new ones. At Meraglim™, we provide financial data analytics to institutional investors and global leaders, turning traditional financial analytics on its head by bringing together experts from a variety of backgrounds. By implementing the innovations of multi-disciplinary science, we use our unique interdisciplinary model to help you navigate global markets on a large scale. To demonstrate exactly what our diverse panel of experts has to offer, we will profile different innovations by our leadership team that show we are leading the industry in creating new, more effective financial models.

Our Chief Global Strategist, James Rickards, recently published a brand new financial model in his newsletter, Strategic Intelligence. This five-stage model is called the REACTION model, and it can be used to analyze times of financial distress to determine their level of severity. In this blog, we will review the five stages of the REACTION model: Repricing, Acceleration, Transmissions, Irrationality, and Oblivion. 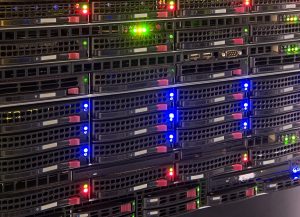 The beginning of any market adversity begins with the repricing of a specific instrument or asset class. Usually, this occurs because the market set the value of an asset at an unrealistic level, and this can sometimes escalate for years before people realize that they have fallen victim to wishful thinking. A stock may have a high valuation, all while the company plummets toward bankruptcy, until a financial analyst finally points out the truth, panic ensues, and the stock quickly crashes. Alternatively, a major event can serve as a smack in the face to the market, such as an election. There are countless examples of this; one recent one can be seen in the market after the Brexit vote.

Earlier this year, the United Kingdom vote on the Brexit referendum to determine whether or not they would leave the European Union. While the polls leading up to the vote on June 23 were consistently close and the outcome unclear, the media favored Remain, the side that dictated they would stay in the Union. This perception showed in the markets, and assets were valued based on a Remain outcome, despite the fact it was ambiguous if this would actually be the outcome. The day of the election, the GBP/USD exchange rate for the pound was at a high $1.49, and gold fell from $1,300 to $1,255 per ounce. Once it became apparent that the vote was actually in favor of leaving the EU, the market went haywire. The exchange rate fell to $1.30 almost instantly, and the value of gold rose to $1,315 per ounce. These assets were repriced to an extreme level to reflect the reality that shattered delusions.

Sometimes, such repricing occurs as an isolated incident. Other times, the repercussions continue into the next phase of the REACTION model: acceleration. 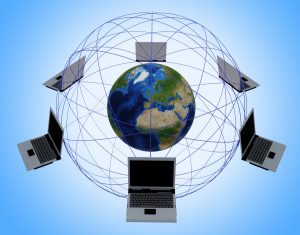 The next stage, acceleration, occurs when the repricing continues based on different market dynamics, separate from the initial igniting event. The three main reasons that acceleration occurs are leverage, margin, and stop losses.

In hedge funds, leverage refers to the use of borrowed money to place a bet. There are two types of leverage: explicit and implicit. Explicit leverage is money that is borrowed in exchange for a fee, such as bank loans, and appears on a balance sheet. In contrast, implicit leverage is off-balance-sheet financing, and comes in a variety of forms, including forwards, futures, and swaps. Money is not exchanged until the bet is settled. Whether explicit or implicit, leverage amplifies whatever is happening in the markets, both in terms of gains and losses. This makes gains much larger, but losses significantly worse than they would be without leverage. With a very large loss, the counterparty (who is usually a bank) will be concerned about the losing party actually being able to pay the losses, and will typically ask for collateral for protection. This is referred to as a margin call, and can be for a larger amount than the actual loss and must be high quality, such as cash. If a trader loses and cannot come up with high-quality collateral, they will lose out on the trade and will be unable to recover from the loss should the market move in a positive direction.

Keeping in mind how risky the combination of leverage and margin calls is, a leveraged trader will protect themselves using a stop loss. A stop loss is a sale that is pre-arranged with a broker to close out automatically once a losing position reaches a certain point. This ensures that the position is closed before too much loss occurs. Depending on the position, these stop losses can be very “tight,” meaning a small percentage; for example, a 1% loss would be a tight stop loss. These are generally automated by a computer and do not involve human judgment, so the position will be sold regardless of how it is valued.

To demonstrate how disastrously these factors can affect the market, consider this simplified example. An asset is valued at 100, and five hedge funds have set five different stop loss levels.

Then, the market experiences a shock that triggers repricing, the asset is repriced at 99, and the stop loss for Fund A is triggered, automatically selling the stock. The selling then causes the price to fall to 98, setting off the stop loss of Fund B, which then causes the stock to fall further, trigger the stop loss for Fund C, and so on and so forth until it triggers Fund E’s stop loss. While this is a simplified example of what happens in real life, this is why leverage, margin calls, and stop losses can cause further market chaos after repricing. In this example of acceleration, automated stop losses exacerbate the initial repricing issue. These types of crashes are highly likely to happen again, given that leverage and stop loss algorithms are still used today. The next step after acceleration is transmission. 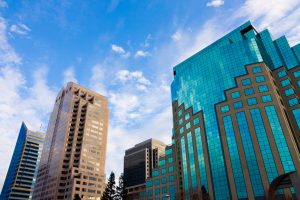 Transmission is also known as “spillover” or “contagion,” and it occurs when these market disruptions spread to other unrelated markets. This causes these uncorrelated market to unexpectedly become correlated based on current conditions. An example of this can be seen in the 2008 stock market panic. Before this, the correlation between Japanese and US stocks was a low 0.37. When the US stock market bottomed at the height of the crisis, the two markets became perfectly correlated at 1.0. When considering why this may occur, it makes sense to look at this event in context. The 2008 US stock panic was caused by subprime mortgages, an issue that has absolutely nothing to do with Japan. However, because hedge funds needed cash to meet the margin calls, they sold their Japanese stocks for collateral, and the selling pressure and illiquidity of US stocks translated to Japanese stocks. Illiquidity can spread to markets all over the world, which leads to the next phase of the REACTION model: irrationality.

After transmission, panic ensues across markets and people begin irrationally selling their assets for cash. The uncertainty of the market causes everyone to realize that their assets are not actually money, and they become desperate to secure all of their money. They don’t care about the long-term potential and relative value of their stock — they just want the certainty of cash. All of the selling drives prices lower, and it becomes a perpetuating cycle of panic.

In recent panics, banks have worked with the government to figure out a way to give investors the money they seek through money market funds and making cash available through swap line and asset purchases. By infusing liquidity in the market, banks generally ease the panic, and this can stop the market crisis before it reaches the final stage of the REACTION model, Oblivion.

The issue here is that this puts us in an extremely precarious position in the future. The Federal Reserve expanded its balance sheet to $4 trillion in order to ease the 2008 panic. This would be fine if they had somehow been able to normalize the balance sheet, but instead, it remains at $4 trillion. The other central banks are similarly overloaded, which means that during the next market panic, the re-liquefying will fall to the International Monetary Fund. The IMF will have to print trillions of dollars, which will result in high inflation and significantly decrease the value of the US dollar in the global market. Should this fail, it will lead to the freezing of all bank accounts and the closing markets, or the last stage of REACTION: Oblivion.

Oblivion is a subjective term that essentially means a complete collapse. During Oblivion, the markets aren’t just crashing; the entire system no longer functions. In the worst case scenario, this would result in the extinction of the species.

Smaller scale oblivion can be seen in capital market collapses throughout history, such as in 1933, when every bank in America was closed for eight days. While these collapses are not inevitable, they do happen, and could easily happen again with the right catalysts. While no one catalyst is likely to collapse the market, a combination of factors such as war, natural disaster, and social unrest could come together to start the next collapse.

In the event of a collapse, the wealthy, who have both the most to lose and the greatest political resources, will respond with truncation, often freezing banks on a temporary basis. For the average investor, this will make no difference; once their money is lost, it is lost forever. Either result, whether the collapse of capital markets or the freezing of markets in response, has disastrous consequences for the average investor. 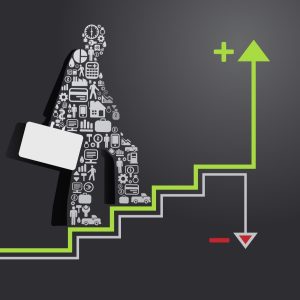 Now that you have an understanding of the REACTION model, you can understand what happens during financial panics. Again, keep in mind that every market disruption does not lead to all five stages. Repricing occurs often, but can be recovered from should the markets adjust, or may experience acceleration, but never reach the point of transmission or irrationality. The point is not to assume that oblivion is inevitable, but that it could happen, and when you see signs of repricing, it is important to remain observant of the environment for potential collapse. By keeping this in mind, you can take steps to protect your financial well-being.

At Meraglim™, our panel of experts have created models such as the REACTION model that put them at an advantage for accurately predicting movements within the global money market. Contact us to learn more about what we can do for you and your team.