At Meraglim™, our team is composed of top-level leaders from a variety of industries, including defense, capital markets, intelligence, science, and the private sector. Our seemingly related disciplines come together to form one of the greatest strengths we can offer our clients: effective team science. In the world of science, as technology has advanced and enabled us to work more collaboratively, the benefits of pulling knowledge of different people from different fields are well-known. Today, most scientific articles are written by six to 10 individual scientists from several different institutions. We have all benefited from this new standard, as many scientific breakthroughs have occurred due to team science that otherwise would not be possible; for example, the development of antiretroviral AIDS medications would not have occurred without team science. Naturally, there are some challenges with this model as well. When working collaboratively, communication is king; team science fails when communication does. At Meraglim™, we pride ourselves on having effective communication skills to provide financial data analytics that take a global perspective.

A recent study by the National Research Council identified seven primary challenges to team science, which we have outlined below. 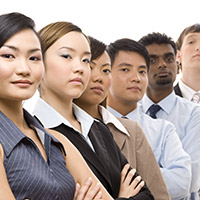 To address larger issues, it requires the contribution of the minds from many different backgrounds, disciplines, and communities. For certain groups, this may cause communication issues and difficulty identifying specific goals. The diversity of team members requires members to meet each other where they are, which isn’t easy on all teams.

As each member brings their own unique knowledge base into the equation, there may be a lack of common ground. Particularly for transdisciplinary teams, this can be difficult as integrating different tools from a variety of areas can be less seamless than desired. While some team members are extremely literate in one theory or model, other team members may need to start from scratch learning these concepts. This can slow progress and frustrate the team.

When it comes to team science, the size of the team matters. The larger the team, the more difficult it is to coordinate all of the moving parts. Over the past 60 years, the size of groups have expanded, increasing with it the burden of coordinating tasks and communicating. While larger groups can potentially enhance productivity by distributing small tasks more evenly among group members, it can also inhibit the level of trust and intimacy developed by the group.

As the project moves forward, goals may change over time, which can be see in the permeable boundaries of the team. These changes can benefit the team with additional knowledge to address any problems, it can cause disagreement within the team.

Team science often requires working with team members who are dispersed all over the country or world. This can present some logistical challenges, such as greater dependency on technology to communicate, working across time zones, and managing cultural expectations.

In team science, the members are dependent on one another to accomplish tasks. Because the goal is working collaboratively, every member must contribute in a timely manner and be willing to work cooperatively. Task interdependence can often cause conflict, and may require more effort in coordinating and communicating. 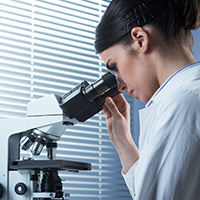 Despite its challenges, team science is incredibly valuable and worth the effort to overcome these obstacles. In the world of science, individuals still contribute critical discoveries to the field, as exemplified by Stephen Hawking’s work. However, more and more, collaborative research is becoming the norm. This can be seen in research into team science, which shows that group publications are more widely cited. Additionally, groups are more likely to expand upon previous research to create new ideas that have a lasting impact. A couple of studies exemplify this point: in 2012, one transdisciplinary study on tobacco use was more widely published and received more funding than smaller, similar projects. Additionally, one 2014 study looked into the effectiveness of team science by mapping the publications from transdisciplinary research centers and found that these resources spread exponentially across different disciplines. More and more, scientists are finding that team science produces more reliable and reputable results, which has led to more funding and higher publication rates for team science efforts. Given the obvious value of team science, Meraglim™ has adopted the principles behind it to ensure that our product offers the most comprehensive information to help our clients make informed decisions.

The Science of Team Science

Team science is complex in the sense that it has many dimensions to it. It occurs in so many different contexts that it is hard to study it in a quantifiable way. Therefore, a new field, the science of team science, has emerged to gain more knowledge about how to make team science more effective and support the current evidence that this an effective method to problem-solving and research. Team science scientists are concerned with the following:

As the intricacies of team science develop further, more and more contexts will adopt team science as their primary method. Though we are not directly involved in the scientific community, we apply these principles to our work to ensure the maximum results for your goals.

At Meraglim™, we have brought together a team with common goals, cohesion, and expertise is a wide knowledge base. We can help your team with financial data analytics. Contact us today to learn more.