With the 2008 burst of the global credit bubble sparking the first global financial recession since the Great Depression, governments everywhere face an overwhelming amount of debt, making recovery a daunting task, even nearly a decade later. Debt still grows; in fact, every major economy has more debt than they did in 2007. Global government officials and business leaders must now look to how to prevent crises in the future, and how to deleverage the debt they have accrued. Since the 2008 financial crisis, the McKinsey Global Institute (MGI) has been conducting research into the implications of debt deleveraging and its consequences on the global economy. In this blog, we will go over some of their key findings, and how this knowledge can help leaders, both global and in business, to make educated decisions. 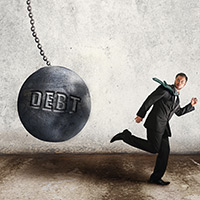 Through an analysis of the debt of 22 advanced countries and 25 developing countries, the MGI found that debt throughout the world has outpaced the GDP growth, rising by $57 trillion from 2007 to 2014. The debt-to-GDP ratio of all advanced economies they studied rose, with a significant number of them rising by more than 50 percent.

Through this research, MGI identified three emerging risks that require our attention:

In some countries, government debt is higher than can be sustained. Government debt alone has risen by $25 trillion since 2007, and given the current economic environment, this is unlikely to stop in many countries. Some debt is directly from the crisis in places where global leaders funded stimulus programs and bailouts. Others are due to the recession and poor recovery. For the six most indebted countries, debt deleveraging would cause unrealistically huge increases in GDP growth. Therefore, new strategies will have to be put in place for these governments, such as wealth waxes, asset sales, and debt restructuring.

Global household debt has reached an all-time high. Only four countries (Ireland, the UK, Spain, and the US) have seen household debts deleverage. The majority of others have found the debt-to-income ratios steadily rise. These ratios exceed the highest levels they were before 2008 in many advanced countries, such as Australia, Denmark, the Netherlands, Malaysia, Thailand, and Canada. A priority of these governments must be to manage household debt. Some ways they can address this is with tighter lending standards, flexible mortgages, and clarity around personal-bankruptcy laws.

Fortunately, according to MGI’s calculations, China could bail out the financial crisis in the event of a property-related debt crisis. The key to ensuring that this remains true is to prevent further debt increases and risks of a crisis, yet not inhibiting economic growth. 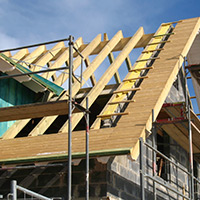 When analyzing the financial crisis of 2008, most point to the mortgage lending and financial sector leverage of the United States. However, MGI sees a bigger picture that includes factors that occurred before 2008 that allowed the crisis to happen. For example, the globalization of banking and strangely low interest rates grew debt quickly after 2000 in many major countries. Several countries had higher debt-to-GDP ratios than the United States before 2008. However, this does not tell us much about current leverage levels and how sustainable they are.

Before 2007, households increased borrowing, particularly through mortgages. Housing prices rose, which made it seem as though the debt-to-asset ratio remained steady. However, household debt when compared to disposable income escalated. Businesses reached a crisis with lower leverage by 2000, with the exception of commercial real estate and companies that were bought using leveraged buyouts. Before the crisis, government debt was flat and in some countries, even declining.

In the financial sector, leverage growth varied in different countries. Bank leverage increased moderately when compared to historic levels. There were only certain specific areas of the financial sector that increased in leverage before the crisis. Additionally, the quality of capital in many banks deteriorated because they used hybrid forms for common equity. However, common equity was the only capital that absorbed losses. As there are many incentives for banks to replace equity with debt, raising the amount of common equity required for banks may help improve the quality of capital. 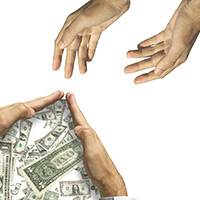 Though the 2008 crisis halted credit growth, deleveraging has only just begun. In 2009, the total debt-to-GDP ratio fell slightly in some countries, such as the US, UK, and South Korea. The small amount of deleveraging may be due to the skyrocketing government debt, which offset declines in household debt.

In contrast, the financial sector’s leverage has fallen to the levels prior to the crisis. By the second quarter of 2009, most banking systems had deleveraged to the point of the levels being the same as or above the levels of the preceding 15 years. Whether more capital will be needed on top of what has been accrued by banks is yet to be seen. Any capital requirement boost should be approached with caution given the high chances of deleveraging as to prevent too much reduction of credit provision.

Meraglim™ is a financial technology company that provides global leaders and institutional investors with the information they need, bringing together our collective expertise and innovative risk analysis software. Using the latest research, our panel of experts from the worlds of defense, law, intelligence, and the private sector come together to provide the information you need to make informed decisions. If you’re interested to see what Meraglim™ can offer your team, contact us.