Imagine a world in which tiny dust particles monitor everything on earth, providing seemingly endless amounts of data that has never been accessible before. These tiny sensors would float through the air and capture information about absolutely everything, from the temperature to the chemical composition of the air to any movements to even brainwaves. The implications of this technology would be transformative for a wide variety of fields and applications, from the military to health care to safety/security monitoring to space exploration. In this brave new world, the possibilities are endless.

Sound like something out of a science fiction novel? It’s not just fantasy; it’s called Smart Dust, and after further research, these tiny sensors could be everywhere in the near future.

The initial concept of Smart Dust originated from a military research project from the United States Defense Advanced Research Projects Strategy (DARPA) and the Research and Development Corporation (RAND) in the 1990s.1 In 2001, the first prototype was invented by Kristofer S.J. Pister, an electrical engineering and computer science professor at Berkeley. Pister won the Alexander Schwarzkopf Prize for Technological Innovation for his work on the Smart Dust project.2 In 2004, Pister founded Dust Networks in order to bring Smart Dust to life. In 2011, Linear Networks, an integrated circuits company, acquired Dust Networks.3

Smart Dust is a system made of motes, or tiny sensors. Motes are essentially tiny, low-power computers that can perform many different functions and are composed of microelectromechanical systems (MEMS).

Microelectromechanical systems is a type of technology that can be basically defined as miniaturized electro-mechanical/mechanical components created by microfabrication.4 MEMS vary from very simple to quite complex, and are composed of tiny sensors, actuators, and microelectronics. Over the last few decades, MEMS technology has evolved to feature an incredible number of types of sensors, including temperature, chemical species, radiation, pressure, humidity, magnetic fields, and more. Interestingly, many of these microsensors function better than their macro counterparts. For example, a micro pressure transducer often outperforms the most advanced macro equivalent. Not only are these devices extremely effective, they are made with the same manufacturing techniques used to create integrated circuitry, translating to low production costs. The incredible performance of MEMS devices paired with their inexpensive cost means that this technology has integrated into the commercial marketplace. The capabilities of MEMS even today are incredible; for example, there are a variety of microactuators that have impressive capabilities, from microvalves to control liquid and gas flow to micromirror arrays for displays to micropumps to create fluid pressure. However, combining this technology with others, such as microelectronics, photonics, and nanotechnology will be the truly meteoric rise of these devices as one of the most innovative developments in technology of this century. In the future, Smart Dust will not only be able to collect data, but perform actions that will manipulative the environment around it. With the diverse potential of MEMS devices, it will be thrilling to see where Smart Dust goes in the future. 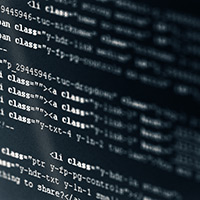 One Smart Dust mote holds a semiconductor laser diode, a beam-steering mirror, a MEMS corner-cube retro reflector, an optical receiver, and a power source composed of batteries and solar cells.5 Beyond the astounding power of MEMS, Smart Dust is also made possible by wireless communication and advanced digital circuitry. This is why it is possible for the motes to be as small as they are while containing a battery, RAM, and a wireless transmitter. The idea is that the motes should be as tiny as possible while having an advanced operating system that enables the entire system to work together.

In the world of developing open source hardware or software, there are two operating platforms that are most often used: Arduino and TinyOS. The main difference between them is that TinyOS is specifically designed for low-power sensors with wireless communication. Therefore, while Arduino is easier to use,TinyOS is the ideal operating system for Smart Dust. TinyOS provides software abstractions ideal for smart buildings, personal area networks, smart meters, and sensor networks. The main issue with TinyOS in the context of Smart Dust is that it is specifically designed to run code in short snippets for a singular function, rather than perform complex actions. So while it is great for the goal of collecting data with the motes, it is less capable of doing much in terms of powering the base center that collects the data.

Despite the revolutionary nature of this technology, there are still obstacles to it being used as extensively right now as it could be. One obstacle is the size of the technology; while MEMS sensors are quite small, with protective casing, these are still bigger than a matchbox.6 Ideally, this technology would be tiny enough to be microscopic for a variety of purposes. Therefore, research centers in part around making this technology even smaller. Additionally, the trick for Smart Dust to be valuable is to have these sensors perform their measurements, then communicate back to a base station where data can be compiled. A way to do this reliably has been a focus of the developers in recent research. Some potential solutions include using optical transmission or using radio frequency. How exactly they will ensure reliable communication between the MEMS technology and the base center is yet to be determined. 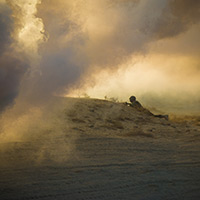 Smart Dust has astonishing possibilities for so many different industries that it’s hard to pinpoint where it will have the greatest benefit. However, the military benefits are probably the most obvious, hence why it was developed through military research. Smart Dust could enable military personnel to get critical information. For example, Smart Dust could be used to track movements from around a corner to assess whether or not there are people around the corner, and whether or not they are armed. They could receive critical information about an enemy territory, putting them at an advantage during combat. The intelligence that Smart Dust could potentially offer the military is unbelievable.

However, Smart Dust has unlimited capabilities far outside the defense sector. The varied nature of types of sensors already afforded to us by MEMS makes it so the possible applications for Smart Dust are truly endless. For example, Smart Dust could make it so we have such precise meteorological insight that everyone would have exact information about the weather in real time. Any type of research that is impeded by wired sensors can be revolutionized with the use of Smart Dust; for example, the motes could easily go into wind tunnels, anechoic characters, or rotating machinery to acquire information. Beyond that, it has fascinating implications for biological research. For example, Smart Dust could be used to monitor internal processes of small animals such as mice or insects. This could lead to unprecedented research into diseases and the effects of medication, as well as generally give us deeper biological insight than ever possible before.

Perhaps most radically, MEMS technology has amazing possibilities for space exploration. Smart Dust could be sent to another planet to collect data on the atmosphere and environment. It could be Smart Dust that determines that other worlds are habitable for humans. Undeniably, this has fascinating implications for the future of humanity and space travel.

Due to the obvious benefits this type of system can provide to the military, DARPA has continued to fund several different projects in the realm of MEMS. This is promising as many of the most innovative technologies of our time, including nuclear power, radar, jet engines, and the internet, developed due to military research. Out of DARPA’s Microsystems Technology Office (MTO) have come several MEMS projects. For example, DARPA recently awarded HRL Laboratories with $1.5 million to develop a low-power oven-controlled crystal oscillator (OCXO) to power atomic clocks.7 To do so, they will incorporate MEMS technology with quartz dry plasma etching techniques, which will allow developers to create more efficient and reliable atomic clocks for the military. Outside of a military application, this technology could be applied to improve GPS technology and reduce costs of producing handheld navigation systems.

Additionally, DARPA is currently focusing energies on developing Micro Power Generation (MPG).8 As stated above, MEMS technology is currently limited by its size. A new focus is being placed on developing a way to power these devices without bulky batteries. The MPG program looks to use hydrocarbon fuels to power MEMS technology instead of the lithium-ion batteries that are currently being used. If successful, the power generator would be five to 10 times smaller than a battery of equal power, with could have incredible implications for military weapon systems and field awareness. This could also revolutionize the ways MEMS technology is used outside of the military, such as commercially or for geological or space research.

As a financial technology company, we stay on top of the latest developments in technology so we can anticipate the changes that have a direct impact on the global money market and world at large. If you need our predictive powers, contact Meraglim™ today to learn more about how we can help your team.