There has long been a debate in the world of economics about the influence that behavioral psychology has over markets. Much of traditional economic theory, such as the Efficient Market Hypothesis (EMH), works under the assumption that major players make rational and logical decisions objectively, leading to rational prices, and further analysis is largely useless. However, psychologists have found that individual behavior has more of an effect on market movements than previously explored, and that analyzing these behaviors may enable investors to more accurately predict the market. 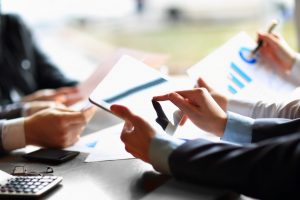 Recent research shows that psychology has a clear influence on capital markets in a variety of ways. One analysis published in the Proceedings of the National Academy of Sciences looked into partition dependence, an effect in which breaking down possible outcomes of an event in a detailed way makes people believe that they are more likely to happen. The researchers in this study look at several different prediction markets in which people place bets on the outcomes of future events. In these markets, people buy and sell claims on outcomes, and the prices of the claims are a reflection of beliefs about the likelihood of each outcome. They created two of these markets in a lab experiment and then studied two real-world examples.

In one lab experiment, participants traded claims on the number of games an NBA team would win in the playoffs, and how many goals each team would score in the World Cup. They traded claims on 16 teams for both the events. One group of participants was asked how many games the Miami Heat would win, choosing between a few ranges, such as 4-7 games or 8-11 games. A second group was then offered a wider range, which combined the two intervals of the first group. The participants then traded claims on each interval within the group. As it is with all prediction markets, the traded claim’s price reflected the estimation of what range the total number of games would fall in.

According to economic theory, the first group’s perceived probability of the team winning 4-7 games and the probability of winning 8-11 added together should sum to a total that is close to the probability perceived by the second group. However, when they totalled the numbers, they found that the first group thought the likelihood of the team winning games within those two ranges was higher than that of the second group. This implies that when the possible outcome is framed more specifically, people believe that the outcome is more likely.

Researchers also saw similar results in another experiment on horse races. In general, people will bet more money on a horse that is a long shot because the potential payoff is significantly higher, and they also overestimate a longshot horse’s chance to win. Statistically speaking, a horse’s chance of winning is the same, regardless of the number of horses with which it is competing; if a horse wins 10 percent of the time, it will do so whether it is racing five horses or 10. However, the researchers analysis of betting data from 6.3 million horse races found that partition dependence affected betters, who believed that long-shot horses had better odds if fewer horses were in the race.

While partition dependence has been studied before, this research was revolutionary because this concept had not yet been applied to predictive markets. It is also especially significant because the phenomenon was studied across several research studies, including two lab experiments, an analysis of traders of Deutsche Bank and Goldman Sachs, and the analysis of the horse-racing data. This research shows that psychology clearly has an effect on prediction markets, and therefore, has significance in capital markets. Institutional investors have seen this data and have started adopting predictive models that use behavioral psychology, such as behavioral finance. 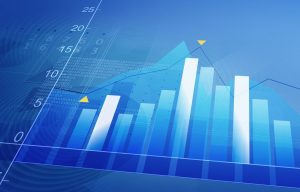 The connection between many institutional investors is that they are now using the behavioral finance model to construct their portfolios. While behavioral finance is still in its infancy in many ways, it has seen an uptick in popularity after the 2008 financial crisis.

In 2005, Yale University professor of economics Robert Shiller predicted the housing market bubble burst that would happen two years later using behavioral finance analysis. Shiller is one of the founders of this school of thought, and an adamant opponent of traditional economic models. As successful as the behavioral finance model might have been at predicting this type of bubble burst, it’s hard to say how helpful this information is from an investor standpoint. Betting against bubbles by creating funds based on these predictions would not be worth the risks.

However, fund managers are using behavioral finance to assess mispricings in the market. The theory is that investors hold onto cognitive and emotional biases that cause equity prices to over or underreact to market events. Fund managers have been using this to their advantage over the past 15 years, and have seen success. One example is J.P. Morgan, who has implemented behavioral finance strategies to choose their equities for their portfolios, and have exceeded market benchmarks over time. 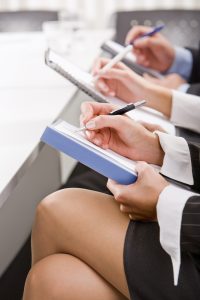 However, not everyone is convinced of the merits of behavioral finance for predicting the market. Critics generally point to a lack of empirical evidence to support its efficacy, and many think of it more of a collection of ideas rather than a true predictive model. Skeptics say that behavioral finance is simply choosing value stocks with a higher cost of capital, from which people naturally expect higher returns. This issue seems to be applying psychology, which is inherently subjective, to economics, that require hard figures, and is not quantifiable enough for critics of this theory. Too much is promised without any guarantees.

Yet even if it is true that behavioral finance promises too much, it is clear that considering psychology when choosing funds offers an advantage. Take for example Thaler & Fuller Asset Management. They developed a strategy called the cap-growth strategy, which enables investors to choose companies with consistently positive earnings over time. The premise is that the market consensus incorrectly determines a company’s profitability due to positive information because analysts unconsciously make cognitive errors when estimating. The model essentially begins with earning surprises. The company goes through earning surprises to determine which are likely to cause an underreaction, leading to underpriced stocks. The most important part of this is ensuring that the surprise is not temporary. An example of this would be an earning surprise in oil stock due to the price of oil going up; this is so variable, there is no point paying attention to it. In contrast, if an oil company found a way to refine oil more efficiently, this surprise is likely to have more long-term implications. Thaler & Fuller has seen success with this model, successfully identifying these companies four out of five times.

While behavioral finance has interesting implications of building portfolios, it is not the end-all-be-all of predicting capital markets. It is important to consider psychology when creating funds, but there are many other factors to consider as well. Meraglim™ combines the powers of a variety of schools of thought, including behavioral psychology, to offer reliable global financial data analytics to institutional investors and global leaders. Contact us today to learn more about what our services can do for you.