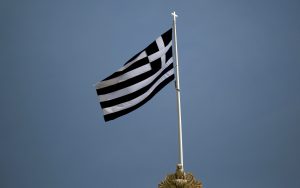 The European sovereign debt crisis raged out of control from 2010–15. In some ways, it began with the default by Dubai World on the day after Thanksgiving 2009 in the aftermath of the global financial crisis of 2008.

The Dubai fiasco was contained, but a new crisis broke out in Europe just months later and took five years to resolve. At its height, the European crisis engulfed Ireland, Italy, Portugal, Greece and Spain.

One by one, those individual countries got the situation under control with bank bailouts (Ireland), market discipline (Spain and Portugal) or aid from the European Central Bank (Italy). The one exception was Greece.

There, the debt burden was so large and the political situation so fraught that a confrontation emerged that threatened to break up the EU and destabilize the euro. Greece came close to being kicked out of the EU by Germany in 2015 but then caved in to German demands and the crisis was finally resolved.

Greece got more aid and extended debt repayment deadlines in exchange for agreement to cut its budget deficits and improve tax collections. Guess what? Greece’s idea of improving tax collections is to force citizens to use digital money instead of cash.

Government control won’t stop there. This is part of a broader global move to eliminate all cash so governments can control your wealth with a few keystrokes.