Though the financial crisis of 2008 is now nearly a decade behind us, we still see its impact in the global and U.S. economies alike today. As we begin 2017, we reflect on the economic trends of the recovery period of the last seven years: slow and underwhelming growth, low labor market participation, and high cost of urban living. Now that “recovery” is over, things have returned mostly to normal, and growth peeters out, economic growth will be significantly more difficult to achieve. As we face the new year, we can anticipate certain trends based on past few years.

At the end of 2016, economic growth has returned to its normal level. Since September 2015, unemployment has not been over 5 percent, and reaching a low of 4.6 percent in November 2016. GDP has also been steadily growing, but not impressively; when the figure is adjusted for inflation and population growth, from the third quarter of 2015 to that of 2016, GDP grew 0.8 percent. Private domestic investment grew to 17 percent during the recovery period, but has plateaued since then. With 16 to 17 percent GDP, investment is just barely treading water. Increasing domestic investment will be a high priority for policymakers.

Additionally, labor market participation has not recovered from the recession. This can partially be accounted for due to baby boomer retirement: those who were born in 1951 turned 65 last year. However, the younger population is also less likely to either be working or looking for work when compared to workers before the financial crisis. One of the main challenges for policymakers will be this low participation in the labor force.

The one exception to the relative normalcy the economy has returned to in monetary policy. For years, inflation remains below the two percent target set out by the Fed. As a result, the Fed has left their policies in recovery positions, where they will likely remain until inflation is two percent.

For a recovered economy, the GDP has been reasonable; however, it is far below what was expected before the recession. In previous recessions and depressions, GDP bounced back to what it had been previously. For example, after the Great Depression, incomes returned to normal from before the crash, and the economy continued to thrive for the next two decades. In the current economic environment, however, growth is lower and slower than this trend. The recovery from this recession has been disappointing because it has been slower than anticipated, and it did not return to normal in line with the historical precedent.

At the beginning of 2009, the CBO predicted that the economy would grow at more than 3.5 percent a year for four years starting in 2011, and would produce $20 trillion in 2016. In 2016, output actually was below $19 trillion. This equates to a 7.5 percent income loss for investors and workers in the U.S.
As a result, the BCO has down downgraded expectations for the future of the U.S. economy. In 2017, it anticipates production to be $19.4 trillion, as opposed to the $21 trillion they predicted in 2009. In 2009, they predicted the business sector would grow 24 percent before 2017; now, they estimate 14 percent growth.

This lack of growth can be attributed to the combination of three factors: low productivity, low capital, and low labor. The lack of productivity growth is a direct explanation of this output loss. Indirectly, it also explains that lower productivity means lower ROI, which reduces output as investors shy away.

Though economic growth has been underwhelming, wages have picked up. However, this is lower than anticipated, and wage growth in 2015 to 2016 can be partially attributed to energy prices dropping.

In 2017, policymakers must focus on raising wage growth by focusing on how to increase labor productivity. This can be done two ways. One, promote investment production cutting the marginal tax rate on new investments. Additionally, reforming regulations can help by lowering the number of anti-competition policies because these discourage investors. Alternatively, policymakers can boost wage growth by increasing total factor productivity growth; however, this is easier said than done. To get productivity even back to before the financial crisis would be a feat, but there is no single action that can be taken to increase productivity.

Productivity is largely determined outside of policy. However, the most promising action that policymakers can take is regulatory reform. The issue is that there are few significant enough regulations that could improve the economy through change alone. It must be done over multiple sectors and through all levels of government. 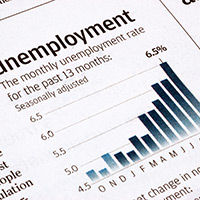 There are fewer Americans working today than there were before the recession. This is true even when excluding retired people or students. However, labor force participation did grow after the growth of real wages in 2015. In 2017, the optimistic view is that wage growth will continue and more non-working people will get off the bench and start contributing to the economy.

Much of what has transformed in the economy is due to two factors: changes in traditional family dynamics, and the implementation of certain public assistance programs. The traditional nuclear family of the U.S. up until as recently as 1980 has depicted men as the breadwinners of the family. Both the fact that male-dominated professions were higher income and the impact of the social expectation contributed to the strength of men in the labor force. Men were forced to stay at their jobs, even if wages fell, because it was required for their family.

Now, women work much more than they ever have, and many households are headed by females. There are now more single moms than ever, or women as the sole breadwinners of the family. There are also substantially more two-income households that come with lifestyles that require both spouses to work. Now, fewer men are committed to the labor force. Without a high enough wage, they have other options, such as living off their spouse or partner.

There are also an increased number of people living on disability insurance, permanently detaching from the productive economy. Therefore, in 2017, welfare reform must be a high priority for policymakers, particularly in regards to disability insurance. As it is, welfare programs penalize working; easing these restrictions means that more people could start to work, supplement with welfare, and slowly transition off of it. Additionally, housing assistance discourages marriage; eliminating penalties for marriage may encourage people to combine incomes, enabling them to get off of these social programs. 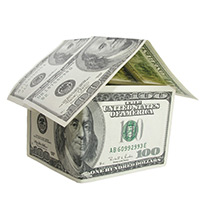 The value of workers’ wages is dependent on the prices of their purchases. With increased regulation and restrictions on trade, U.S. prices have elevated. These policies could stifle the economic growth of 2017.

On a federal level, increasing tariffs on energy, a proposed solution, would raise consumer costs, again stifling the benefits of economic growth for Americans. On the state and local levels, there are also regulations in place that are set to continue to raise prices. For example, in 2016, New York City places limits on short-term home rentals. These regulations lower incomes, increase costs, and decrease flexibility in the market.

On both coasts, limits of residential construction are increasing the cost of living. In Silicon Valley, the ever-growing technology sector is not having the economic growth impact it should due to regulation on construction and urban growth in the area. Historically, when a thriving industry is in a certain city, it translates into shared prosperity. Now, local laws that limit development and population density prevent the economic growth of these cities. Working-class renters are in turn priced out of the housing market and forced to move. Yes, these regulations have other benefits that can be widely shared. However, these benefits are often narrowly focused, only aiding in the constituencies of those who have power and oppose reform.

Living standards are heavily impacted by these regulations. In 2015, the Heritage Foundation published a report that found that the average household was set back $4,440 per year due to just 12 regulations. Though there has been little improvement since then, Congress did repeal the crude oil exports ban, which brought that list of regulations down to 11. In order to foster economic growth in 2017, policymakers at all levels need to prioritize deregulating consumer markets; most important, housing, transportation, and energy.

In conclusion, while the U.S. economy did recover from the recession, the results have been underwhelming. There are fewer jobs, fewer workers, lower incomes, and higher prices than anticipated due to history. Today, people are more content to not contribute to the labor force and to not invest, leading to dragging economic growth.

Since the 2008 financial crisis, the fixes put into place by policy makers have failed, including stimulus spending, bailouts, large deficits, and financial market regulation. These attempts have not increased investment or economic participation in general, and the cost of living question has not been addressed for the majority of the country.

Going forward in 2017, it is imperative for policy makers to increase investment incentives, reengage non-workers into the economy, and lower the cost of living. With the right policies and the united efforts of investors, workers, and inventors, income growth can be restored to pre-recession levels, and the average household income will rise. Additionally, regulatory reform aimed at lowering the cost of living may also increase income for the average American.

At Meraglim™, our unique combination of risk assessment software and a panel of experts allows you to predict financial market moves before anyone else. If you want to learn more about how our team can help yours, contact us today.