In 2011, founder Jim Rickards published his book “Currency Wars: The Making of the Next Global Crisis,” which revealed the potentially devastating impact of the current currency war on the US. The current currency war may seem unpredictable; however, with the assistance of Meraglim’s innovative financial models and risk assessment software, you can have greater insight to the global market movements before anyone else. In this blog, we will go over a brief history of currency wars and dive into the current one, as well as how Meraglim™ can put you in the best position to take advantage of the currency war.

A History of Currency Wars

Before 1930, global trade was uncommon, so while governments often devalued their currency, exchange rates were not a concern and therefore, currency wars did not exist. Currency debasement was used to increase the supply of money domestically, particularly to pay debts or finance wars. When nations competed economically, they used mercantilism, which, while it still attempted to limit imports while increasing exports, did not do so using devaluation. In the late 18th century, mercantilism began to fall out of popularity as the free trade model became favored. During this time, the gold standard was first adopted, creating conditions for currency wars to occur as money held an intrinsic value; yet, there was no opportunity. Opportunity presented itself after World War I, when several countries faced recessions and only a few returned to the gold standard. However, a currency war did not take place, as the United Kingdom wanted to bring its currency’s value back to where it was before the war, and therefore, cooperate with other countries. By 1925, many countries re-joined the gold standard. 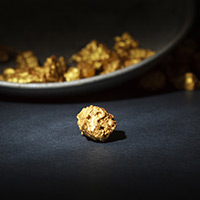 Then the Great Depression happened. During this time, the gold standard was largely abandoned. Unemployment was widespread, making devaluation quite common; however, this was not competitive, as devaluation was so prevalent that it was rare for nations to gain an advantage that lasted. When the 1930s currency war actually started is controversial, but it involved the US, France, and Britain. In the 1920s, these countries had parallel interests, and worked collectively to strengthen the British Sterling. However, after the Wall Street crash of 1929, France began to sell the Sterling, having lost faith in its value. The US and France began sterilizing the inflows of money, hoarding gold instead of using it to increase their supplies of money. This contributed to the Sterling crisis of 1931, which caused Britain to take their currency off the gold standard. For years afterwards, competitive devaluation and retaliatory tariffs disrupted international trade. This currency war finally ended in 1936, with the Tripartite monetary agreement.

The end of World War II until 1971 is considered the Bretton Woods area, when competitive devaluation could not occur because of the semi-fixed exchange rates of the Bretton Woods system. There was also high growth during this period on a global level, so even if a currency war were possible, there was not much motivation to do so. From 1973 to 2000, there were conditions for currency wars to occur, but not enough states wanted to devalue money simultaneously to result in a currency war. In the ‘80s, the US wanted to devalue, but did so with cooperation per the Plaza Accord. In the 1990s, a renewed movement for free markets made the prevailing attitude one that emphasized not intervening with economies, even to correct current account deficits.

However, free market influences were destroyed during the 1997 Asian crisis, when economies in Asia were forced to accept low prices for their assets due to running low on foreign reserves. This caused them to intervene regularly and they adopted a strategy of finding export opportunities while building foreign reserves. This did not result in a currency war because it was widely accepted by other economies because it benefited their citizens, who could now buy the cheap imports Asia supplied. While the current account deficit in the US grew, there was not much concern among economists.

By 2009, currency war conditions were back, as the economic downturn affected global trade. Economics were very concerned with their deficits and export led growth became the idealized strategy due to Asia’s success with it. During this time, the US and China were the major players in this currency war, pushing the value of many other economies up. The US began putting more pressure on China to allow appreciation of their currency. China did allow a two percent appreciation after much pressure, but this did little to ease Western concerns. US pressure finally came to a head in September 2010, when the yuan rapidly appreciated steeply. In 2012, there was a movement for major economies to work more 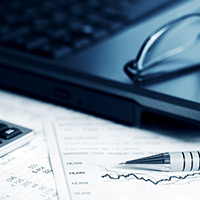 For a while, panic about a currency war quieted, but was re-sparked when the central bank of Japan announced that it would begin a bond-buying program that would probably devalue the yen. This caused panic, with many analysts claiming that Japan was intentionally trying to start a currency war. However, ultimately, the act was recognized as a strategy for boosting the economy as opposed to competitive devaluation. While commentators concerns about the currency war continuing eased, the possibility still loomed, this time not between Japan and the US, but the US and Germany. In October 2013, the US criticized Germany for its large current account surplus which slowed the global economy.

In 2014, currency war still loomed, this time as nations began devaluing their currencies to address concerns with deflation. In January 2015, the European Central Bank began a quantitative-easing program that many believe to be the escalation of the currency war, though it was not intended to devalue the Euro. In August 2015, China devalued the yuan because of poor export numbers in July. This resulted in a loss for other major export companies where they have drastically devalued the currency previously. This caused more devaluation in Asian economies, including Vietnam and Kazakhstan.

Jim Rickards, one of our founders, created the IMPACT method to forecast these turning points to allow investors to take advantage of them. IMPACT stands for International Monetary Policy Analysis and Currency Trading. This model is one of the many Meraglim™ implements to help our clients navigate global capital markets. How do we know that this brand new, powerful model is effective? After a year of research, we have found many examples of trading opportunities that could have benefited our clients with incredible exponential growth throughout the last 20 years.

With the aid of the IMPACT model, we identify emergent properties, giving you the opportunity to benefit from our predictions. This revolutionary model is only the tip of the iceberg in terms of what Meraglim™ can offer to your team. If you are a global leader or institutional investor, you can benefit from Meraglim’s expertise in a variety of fields and innovative risk assessment software. Contact us today to learn more about how Meraglim™ can help your team in the global money market.