Globally, we are on the precipice of a financial crisis. One event that is sure to spark inflation is the inevitable mass production of Special Drawing Rights (SDR) by the International Monetary Fund (IMF). SDRs are widely misunderstood, so when this does occur, it is likely to pass unnoticed by the majority. At minimum, this will cause massive inflation and, at worst, this will cause a loss in confidence in paper money. This will lead to a surge in gold buying, which will in turn skyrocket the cost of gold. It would be wise for global leaders to reach an agreement comparable to Bretton Woods now to offset this panic. However, this is unlikely to actually happen until after the financial collapse, when they will have to reform the global monetary system during a state of panic. To fully understand what will happen upon the production of SDRs, first you must gain an understanding and what exactly they are. In this blog, we will go over everything you need to understand SDRs. 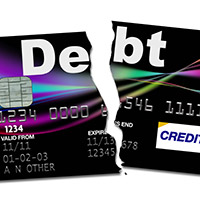 The role of the SDR

In 1969, under the Bretton Woods fixed exchange rate system, the IMF created the SDR to serve as a supplementary international reserve asset. Under Bretton Woods, countries participating required reserves (government holdings of foreign currencies or gold) be used to purchase their domestic currencies in global exchange markets in order to maintain its exchange rate. However, the international supply of the two main reserve assets, the US dollar and gold, could not support the level of trade expansion taking place at that time. The SDR was born out of the need for a reserve asset controlled by the IMF.

Shortly after the SDR was created, the Bretton Woods system dissipated, and major currencies turned to floating exchange rates. At the same time, international capital markets grew, which caused governments to borrow at a higher rate, and countries accumulated international reserves, which decreased the dependency on SDRs. During the more recent financial crises, such as the 2008 United States financial recession, SDRs totaled 182.6 billion, creating liquidity in the global economy and providing necessary reserves for several countries.

SDRs are not currency. In actuality, they act as a potential claim on the usable currencies of members of the IMF. SDR holders can exchange their SDRs for currency in one of two ways: first, a voluntary arrangement of exchanges between IMF members; and second, when designating members of the IMF that hold strong positions externally to buy SDRs from weaker members. The SDR is also the unit of the IMDR account, as well as several other international organizations. 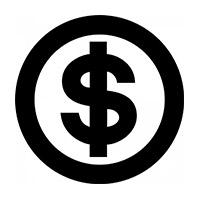 The value of the SDR

At first, the SDR’s value was established as equivalent to 0.888671 grams of gold, the value of the US dollar at the time. In 1973, when Bretton Woods collapsed, the IMF redefined the SDR as a basket of currencies. Currently, the SDR includes the dollar, the euro, the renminbi, the yen, and the sterling.

The value of the SDR in relation to the dollar changes daily, and is posted on the IMF website. It’s value is the sum of each basket currency as valued in dollars, based on the exchange rates quoted in the London market daily at noon.

Every five years, the Executive Board reviews the composition of this basket of currencies, unless an event occurs that causes the IMF to believe an earlier review is required. This is to make sure that the SDR reflects currencies’ importance within the global economy. The most recent review occurred in November 2015, where they determined that starting October 2016, the Chinese renminbi was to be included in the basket. During this review, they also implemented a new weighting formula. This formula assigns equal shares to the exports of the currency issuer and a financial indicator. This indicator is composed of equal shares of official reserves denominated in the country’s currency that are also held by authorities that do not issue the currency, the foreign exchange turnover, and the sum of outstanding international liabilities and debt securities in the currency.

The breakdown of weights in the baskets currency are:

The weight of each currency determines the amount of each of these currencies that is included in the valuation basket that was put into place in October of 2016. These amounts are fixed for the next five years until the next SDR valuation. As currency amounts are a fixed figure, the relative weight can change during valuation periods, with the weight risings when currencies appreciate relative to the other currencies, and conversely, currencies’ weight falls as it depreciates in comparison. The next review will occur before October 2021.

The IMF can allocate SDRs to member countries in portion relative to their IMF quota. This provides an unconditional reserve asset to each member. SDRs are self-financing and raise charges on allocations, which in turn are used to pay the interest on SDR holdings. Should a member not use their SDR holdings, charges are equivalent to interest received. On the other hand, if their SDR holdings are above their allocation, the member country earns interest on this excess. Alternatively, if a member holds fewer SDRs than previously allocated, interest is paid on the shortfall. SDR cancellations are also permitted, but have never been used.

There is also a condition that allows the IMF to give SDRs to non-members including such organizations as the Bank of International Settlements (BIS) and the European Central Bank (ECB). These holders can hold and SDRs for transactions with members or other prescribed holders. Additionally, the IMF cannot allocate SDRs to itself.

On August 10, 2009, a one-time allocation of 21.5 billion SDRs was made. This allowed all IMF members to join the SDR system on equity, and addressed the issue of countries who joined after 1981 not receiving an SDR allocation until 2009. Together, the allocations are 204.1 billion SDR.

Sometimes, IMF members need SDRs for IMF obligations, or they may sell SDRs to address their reserve composition. In these cases, the IMF works as an intermediary between the members in order to make sure that SDRs are exchanged for usable currency. For the last twenty years, the SDR market has worked solely with voluntary trade agreements. After the 2009 general allocations, voluntary arrangements expanded for the sake of liquidity in the market. There are now 32 voluntary SDR trading arrangements, with 19 new since 2009. These arrangements have been the key to SDR liquidity since 1987. However, if there is a situation in which there is not enough capacity under these trading arrangements, there is the designation mechanism in place. This mechanism allows strong members (as defined by the IMF) to buy SDRs with currencies up to certain amounts from weak members. This is to ensure liquidity and the reserve asset value of the SDR.

At Meraglim™, our comprehensive understanding the intricacies of the global economy can serve you and your team. When you need financial data analytics, you can rely on our panel of experts paired with our innovative risk assessment software to provide you with the information you need. Interested in how we can help your team? Contact us today.