Just like the bubbles children blow on playgrounds, economic bubbles all eventually burst. However, people often have a short memory when it comes to these bubbles because it is difficult to see a bubble for what it is in real time. When we look back on price charts later, it is easy to identify bubbles, but when the bubble starts to inflate, we only see one piece of the puzzle. Markets are a direct reflection of people’s opinions. When people feel the market is healthy, it functions well because people put more money into it. As people’s good opinions of the market grow, the bubble grows with them, and this is where the trouble comes in; the opinions are skewed. Investors make more impulsive decisions, while they more level-headed investors become overwhelmed by their overly enthusiastic counterparts. 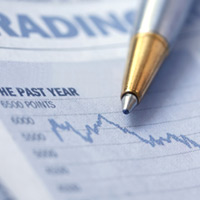 A common definition of a bubble is when prices rise above a logical valuation of the asset. Naturally, this is subjective; while one person might think it is set at a fair price, another would think it completed overpriced. The bubble involves more than just more “overpriced” valuations; it also involves people abandoning logic that they held before the bubble. In a stock market bubble, this may present itself in the form of new valuation metrics that are justified with claims that an industry is “different” than others. This arguments are sometimes valid, but often they are not. This is a good warning to you to be diligent before investing. People will make claims that this new asset is so radically different than anything before it that old rules do not apply. However, this thought process does not incorporate the full picture.

While a new industry may bring some change, there are certain things that never change, like human nature. Many aspects of our human nature come together to make bubbles possible. For example, human beings are not great at judging scale, so while we may be able to judge that a narrative may justify a price rising, we are not great at justifying just how high it goes. Additionally, bubbles are caused by confirmation bias; with every piece of news that supports the new valuation metrics reinforces the group mentality of this being radically different. Any negative stories are brushed aside because they do not confirm what they wish to be true. A true sign of an impending bubble is when you see story after story emerge before they can be challenged; this is a clear indication that the market is being dominated by emotion rather than logic.

As prices rise, the risk for betting against these prices get higher and higher, and doubters retreat to the sidelines. This makes the only participants in the market the people who are jacking up prices. Eventually, this exponential rise must shift as people begin to sell and the price falls. Then, the doubters come back, and the cycle continues. Bubbles occur when the market skews towards investors that are too positive about an asset. This is not just a theory; it can be seen in three different bubbles that have occurred around three assets in the 21st century: gold, oil, and the internet. 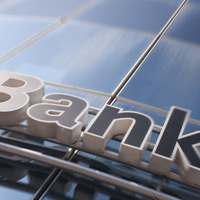 In 2000, gold traded at about 300 dollars an ounce. At the end of 2010, this had soared to 1,300 dollars. This figure was steadily climbing throughout 2011, reaching a peak on September 6th of $1,921 an ounce. People just continued to buy and buy as the price rose out of an emotional response; they needed to invest in gold because it was clearly becoming more and more valuable, right? However, rather rapidly after, prices again began to fall. By the end of that year, it was back down to 1,600 dollars, and continued to bounce around until April 2013 when it crashed to 1,200 dollars. The bubble burst and gold investors took a hit.

This is not to dissuade investors from gold. Gold can be volatile, but with the right approach, it is an essential investment. Gold is a long-term investment and an important asset to have in the event of a financial crisis. Gold is tricky to value as its price moves up and down based on the current political and economic climate. However, when the market comes crashing down around us all, based on history, we can expect gold to skyrocket. Gold is the best fallback for a financial crisis, but you cannot expect to instantly make money on it.

By mid-2008, it was clear that stocks were on the way down, and many investors feared the worst (rightly so!). Others responded by throwing all of their efforts into investing in oil. The price of oil started to rise quickly, just as gold would three years later. The difference is that the demise of oil took a much shorter amount of time, and fell far more dramatically. After peaking at 147 dollars a barrel on July 11, 2008, it started to drop; by December, it was just about 30 dollars. This obviously had devastating consequences for oil investors.

Of course, much of this was due to the United States’ recession, which took most of the developed world with it. However, the demise of oil could have been predicted had investors not bought into the narrative of it being the solution. People saw that demand for oil was high and supply was low, which seemed to be a clear indication that it was time to buy stock in oil, but there were clear indications that a bubble was forming. One indication of a bubble is that the market only listens to one narrative, ignoring the negative side of the story. Investors saw the high demand for oil, but refused to see the impending recession.

When it comes to investing in oil, it’s important to keep in mind both sides of the equation. In 2008, people saw the incredible demand for oil as a clear indication that they could make a lot of money off of it; however, this was a singular way of looking at it. Once the recession hit, demand slumped, and oil investors got hit bad. The lesson here is that these variables can change drastically and quickly against you. If you are going to invest in oil, it’s wise to be selective about what companies in which you buy stock. While oil prices will vary and they will be affected by it regardless, a company with a good business and smart management will weather the unpredictability better than a company without those essentials.

Again, oil serves as a reminder that it is smartest to invest with the long term in mind. This makes you less likely to jump on a trending asset just because it looks like you will make an immediate profit. It also means you can weather the variability of the market better and wait out any undervalued asset, knowing that it will inevitably rise again.

At the moment, oil seems to be volatile for a while. This is due to shale. Starting in 2011, the United States began producing more and more crude oil due to fracking, the production through which oil and gas deposits are withdrawn from shale rock. This not only increased the supply of oil, but took away Saudi Arabia’s ability to set the oil price for the world. With shale, the production of oil could respond to the rising price. This development is a significant change in the oil industry, as previously, it was believed that it would take years for more supplies of oil to be made, and it would cost billions of dollars. Currently, shale oil suppliers have not stopped production as prices have fallen; in fact, in Saudi Arabia, production has increased.

At the beginning of 1997, the Nasdaq Composite, a stock market index weighted towards tech stocks, was at 1,291. By 1999, it had tripled. It peaked at 5,132 in March 2000. For the rest of 2000, however, it slowly fell. By 2001, it was trading under 2,500. By October of the following year, it was at 1,108, falling below the pre-bubble level. How could this happen? Again, people fell victim of listening to only one side of the story. The internet was set to change everything; we were no longer restricted by geography, and technology was set to serve millions of consumers. Investors anticipated gigantic profits.

This story wasn’t completely wrong; the internet has delivered many of the benefits promised to us. However, investors took these promises and invested ten-fold. While some of the internet companies, such as Amazon, did deliver the anticipated returns for the people who stayed with them, there was a lot of variability during this course. People who bought Amazon stocks for 100 dollars a share then have seen it trade at four times that; however, these people had to stick through 2001, when it dropped to seven dollars a share. For every Amazon, there are a dozen or more companies that never got off the ground.

So how do you avoid getting burned by tech stocks? Don’t buy them. This is not to say that we advise you not to buy them; rather, risk is inherent to investing and trying to avoid risk is a waste of your time. Instead, keep in mind how much you are willing to risk because it is possible that nothing will come of your tech investment. Consider whether the buzz around a company has raised the price of shares higher than their true value. Also consider how much of their growth you will be able to benefit from yourself; does the company have a competitive advantage in the market? How much of the money they acquire from growth is going to have to spent to keep up with the competition? Finally, consider how long you are willing to wait to turn a profit. Take the example of Amazon; can you wait the decade it took for them to become a profitable investment?
With years of experience in industries such as defense, finance, intelligence, law, and the private sector, our team at Meraglim™ has keen insight into market moves and can provide your team with accurate predictions of future bubbles and their impending bursts. When you need financial data analytics, take advantage of our team of experts paired with innovative risk assessment software. Contact Meraglim™ today to learn more about how we can help you.