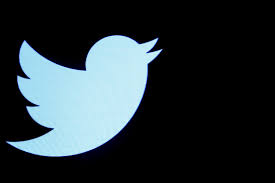 We all know that social media can be a jungle at times. It can be populated by experts with valuable insights and by friendly faces whose postings are helpful or at least put a smile on your face. It can also be populated by vulgarity, stupidity and trolls who insult and attack you but offer nothing positive or constructive.

Death threats are not unusual; I know… I’ve received a few from ISIS and Iran. Still, social media (primarily Facebook, Twitter, Instagram, Snapchat, YouTube and a few other platforms) is best understood as a kind of Wild West. Anything goes… unless you’re a conservative politico.

That’s where the censorship begins.

Many conservative social media participants have had their accounts closed or suspended, not for threats or vulgarity but for criticism of progressive views (albeit criticism with some sharp edges). Other conservatives report being the targets of “shadow banning.” That’s where your account is open and seems to operate normally, but unbeknownst to you, much of the network is being blocked from seeing your posts and popular features such as “likes” and “retweets” are being truncated and not distributed.

It’s like being a pro athlete who finds out the stadium is empty and no tickets are being sold.

One of the most widely followed accounts on Twitter is none other than Donald J. Trump’s, with 68 million followers. President Trump uses Twitter to announce policy initiatives and personnel changes and to offer pointed criticism of political opponents. It’s a major platform for him.

As reported in this article, Trump recently issued a tweet that identified the so-called “whistleblower” of the Ukraine phone call that led to impeachment. That’s not as big a deal as it sounds because everyone in Washington knows who the whistleblower is (you can look his name up on the web), and he’s not even a real whistleblower because he doesn’t meet statutory requirements.

No one ever said that politics was fair. But Twitter’s blatant interference in the election could have adverse consequences for the company in Trump’s second term.