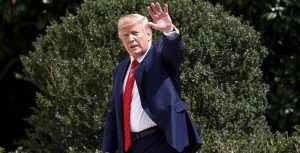 My advice for untangling the conspiracy theory charges is stick to the facts. Some conspiracies are real, but you have to eliminate all forms of bias, spin and fabrication. Boil the situation down to hard facts that are not in dispute. Then draw reasonable inferences from hard facts and let the chips fall where they may (regardless of your personal preference). That gets you close to the truth.

This article offers a good example of this technique. Victor Davis Hanson is a seasoned and highly respected historian and author of over 20 well-regarded books. He looks at whether the efforts of the CIA, the BI and other deep state actors were tantamount to a coup d’é-tat against President Trump. A “coup” is defined by professors Jonathan Powell and Clayton Thyne as “illegal and overt attempts by the military or other elites within the state apparatus to unseat the sitting executive.”

Hanson carefully weighs exact quotes from former directors and deputy directors of the CIA and members of the U.S. Foreign Service. He looks at actions of the Biden family when Joe Biden was in charge of Ukraine policy for Obama. He looks at the lack of due process in impeachment hearings conducted by Democrats such as Adam Schiff. Hanson also looks at exact quotes offered by admirals and lawyers inside the D.C. swamp.

His conclusion is that ongoing efforts at a coup against Trump are not the subject of a “conspiracy theory” but are a real and continuing part of the resistance to Trump.

If Hanson is right (and in my view he is), then this will not end even if the impeachment effort goes nowhere. Since Trump is a favorite to win reelection in 2020, the coup efforts may continue until Trump’s presidency is over in January 2025. Get ready for a long siege of the White House.