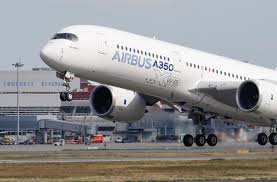 The global trade war has been raging and expanding since January 2018 when Trump imposed tariffs on solar panels and certain appliances. In my view, the trade war really started in 1994 when China did a maxi-devaluation of its currency and escalated in 2001 when China joined the World Trade Organization (WTO) and proceeded to break every rule of that organization. Trump’s action in 2018 marks the beginning of U.S. retaliation.

Still, for most analysts, Trump’s highly visible actions were the start of a trade war. So far, the war to date has focused on U.S.-China bilateral trade. China has imposed tariffs on almost 100% of its $150 billion of imports from the U.S. The U.S. has imposed tariffs on over $250 billion of Chinese imports and is poised to tariff the remaining $300 billion of imports in a matter of weeks if upcoming China-U.S. talks don’t result in a de-escalation of tensions.

But the trade wars are by no means limited to China. Trump threatened major tariffs on all Mexican imports unless they helped with illegal immigration into the U.S. (which the Mexicans did). Canada has also been subject to new tariffs on lumber and dairy products.

The greatest escalation of the trade war will come soon with regard to Europe. This article reports on a WTO decision that allows the U.S. to impose $7.5 billion of countervailing duties on Europe to compensate for illegal subsidies by Europe to Airbus. The U.S. has already implemented this ruling with new tariffs on French wine, British whiskey, Spanish olives and cheese from many sources in Europe.

The WTO decision is based on an old case and is not specifically related to the new trade war. These “wine and cheese” tariffs are just the tip of the iceberg compared with massive tariffs on German auto exports that Trump plans to impose next month.

We’ve said it before and we’ll say it again: The trade war is far from over and will increasingly weigh on global trade and global growth in the years ahead. That’s bad news for stocks — something that is already showing up in recent stock market performance.