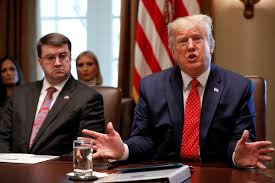 Markets are eagerly awaiting the conclusion of the so-called “phase one” trade deal between the U.S. and China. The issues on the table in the trade wars include tariffs, subsidies, theft of intellectual property, forced transfer of technology, closed markets, unfair competition, cyber-espionage and more.

Most of the issues will not be resolved quickly, if ever. Resolution involves intrusion into internal Chinese affairs both in the form of legal changes and enforcement mechanisms to ensure China lives up to its commitments.

These legal and enforcement mechanisms are needed because China has lied about and reneged on its trade commitments for the past 25 years. There’s no reason to believe China will be any more honest this time around without verification and enforcement.

On the other hand, China refuses to allow this kind of intrusion into their sovereignty. For the Chinese, the U.S. approach recalls the Opium Wars (1839–1860) and the “Unequal Treaty” (1848–1950) whereby foreign powers (the U.K., the U.S., Japan, France, Germany and Russia) forced China into humiliating concessions of land, port access, tariffs and extraterritorial immunity.

China has now regained its lost economic and military strength and refuses to make similar concessions today. In order to break the impasse between protections the U.S. insists on and concessions China refuses to give, the parties are trying to reach a mini-deal that could be concluded in weeks involving simple tariff reductions and a truce on new tariffs along with Chinese purchases of pork and soybeans from the U.S.

This article raises the possibility that even the mini-deal won’t get done. The likely success or failure of the mini-deal has been a main driver of stock market action for the past year.