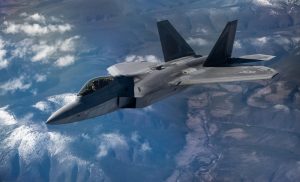 Tensions between Iran and the U.S. seemed to have eased up a little since the recent killing of Iranian terrorist Qasem Soleimani and Iran’s missile attack on U.S. bases in Iraq in retaliation.

Of course, this could be temporary. Trump’s campaign of “maximum pressure” on Iran is having results including currency inflation, reduced revenues and a shortage of consumer goods in Iran. It also cuts Iran off from the payments system and limits its ability to finance terror in the region including Syria, Lebanon, Sinai, Iraq and Gaza.

Iran is growing more desperate, so that means the confrontation with the U.S. is far from over. But there is a growing recognition that Iran does not want a full-scale war with the U.S. This article explains why.

Iran’s ability to incite terror attacks and conduct hit-and-run cyberhacks is formidable. But its conventional military capability is greatly overrated.

Iran is surrounded by U.S. and allied forces from Pakistan and Afghanistan to Kuwait, UAE, Saudi Arabia, Jordan and bases in Iraq. The U.S. may be drawing down troops in Iraq in the near future, but we have a huge troop presence in Qatar, Kuwait, UAE and Afghanistan. The U.S. could straightforwardly sink the Iranian navy, attack its missile sites, eliminate its oil industry and disable its internet and power grid and there’s almost nothing Iran could do to stop it.

Importantly, this could be done without boots on the ground by using cruise missiles, B-52s, the aircraft carrier USS Harry S. Truman and our Cyber Command.

So you should expect continued terror operations from Iran and the occasional display of missile attacks that do little damage. But the full-scale war markets fear is likely out of the question.

If it happens, the Iranians would suffer catastrophic economic and infrastructure damage and possible regime change. And they know it.