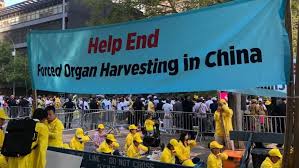 The trade war debate with China misses a much larger and more brutal reality. We can discuss tariffs, intellectual property and direct foreign investment all day long.

What about the murder of Catholics, Falun Gong members and Muslim Uighurs? What about the burning and destruction of churches and temples? What about millions locked into concentration camps undergoing brainwashing (at best) or torture (at worse)? What’s going on in China today is as bad as or worse than the Soviet Gulag system that resulted in the deaths of millions of dissenters against the Soviet dictatorship.

China is seeking nothing less than totalitarian thought control, total censorship of the internet and hegemonic control first of the Western Pacific and eventually the entire world. This article details some of China’s most horrific abuses — the involuntary removal of organs from still-living religious minorities without the use of anesthetic to supply a multibillion-dollar transplant industry.

This horror is not just a matter of speculation. It has been documented by the International Coalition to End Transplant Abuse in China chaired by Queen’s Counsel Sir Geoffrey Nice. So why are we doing business with China at all?

The U.S. did almost no business with the Soviet Union during the Cold War (1946–1991). Not until after the fall of the Berlin Wall (1989) and the dissolution of the Soviet Union (1991) did a significant amount of direct foreign investment flow from the U.S. to Russia. U.S. companies should pull out of China now.

This economic wall should stay in place until China ends the abuse and recognizes basic human rights even if they are less than a full-fledged liberal democracy. Investors would be wise to trim Chinese investments from their portfolios before a coming flood as disinvestment becomes mandatory.