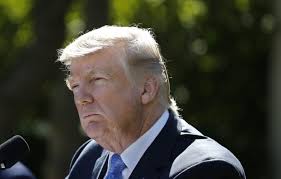 Banks stocks have been on a tear lately, as reported in this article. The reason is not difficult to discern. The Fed is on a path to raise interest rates.

This is generally good news for bank earnings. Banks make money on the “spread” or difference between their own cost of funds and the interest they charge customers. These days a lot of the spread trading comes in derivative form rather than traditional deposits and loans. But either way, fatter spreads mean higher earnings for banks.

In an environment of rising rates, banks will raise the cost to customers faster than their own costs go up. No surprise there. Eventually the rising cost of funds can catch up with the banks. In a declining rate environment, banks can find themselves on the wrong side of the trade with costly debt outstanding and getting lower yields from customers. But in the early stages of a rate hike cycle, fatter spreads are pure gravy for the banks.

There’s only one problem with this rosy scenario. Past Fed rate hikes are catching up with the real economy. Disinflation is gathering momentum, velocity is declining, and the economy is slowing down. This means that the Fed will not hike rates in December and may not hike them next March either — regardless of who the new Fed Chairman is.

When the markets expect a rate hike and it doesn’t happen, that’s a form of “ease” relative to expectations. This pause in rate hikes is bad news for the banks. It throws the bank stock rally into reverse.

A pause in December could be good news for gold, the euro, and the stock market in general, but it’s nothing but bad news for the banks.