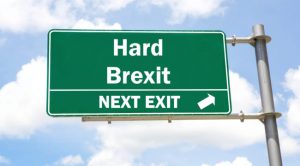 The Battle of Britain (1940) was one of the most famous and important conflicts in history. The Battle of Brexit is proving no less decisive even if the weapons are financial and political, not kinetic.

The U.K. joined the European Communities in 1973 and that membership was ratified by a U.K. referendum in 1975. Membership divided the right and left in U.K. politics in the late 1970s and 1980s with the left initially opposing membership.