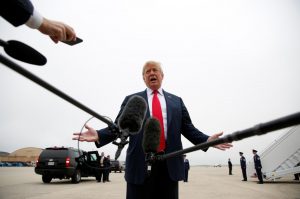 We all know how the mainstream media treat Donald Trump. The coverage from The Washington Post, The New York Times, NBC and other outlets is relentlessly and exclusively negative.

Trump gets no credit for reducing unemployment, cutting taxes, boosting growth, achieving a breakthrough with North Korea, defeating ISIS and standing up to the dictators in Syria and Venezuela. Meanwhile, Trump is hammered continually on the bogus Russia collusion story while Robert Mueller is cheered on in his fishing expedition into Trump’s personal finances and unrelated problems of Trump associates.

The media campaign against Trump is not normal bias; it’s more like a political jihad. But this article makes the point that even a coordinated media assault can’t hide the good news forever.

Everyday Americans know when their paychecks are getting bigger, their companies are doing better and their investments are on the rise. The ability of everyday Americans to see through the media spin will have a huge impact on the midterm elections coming up in November.

The mainstream pundits are predicting a “blue wave” that will put the Democrats in control of the House of Representatives and lead directly to impeachment proceedings early in 2019. Perhaps. But ordinary Americans may have a surprise in store for the pundits, as they did when Donald Trump was elected in 2016.