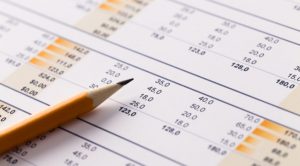 The first-quarter GDP number was released this morning. And at 3.2%, it came in far above estimates. Consensus was about 2.3%. It was also the highest Q1 GDP print since 2015.

But there’s probably less here than meets the eye.

About half the GDP gain came from a surge in inventories and a sharp reduction in the trade deficit, neither of which is sustainable. They are likely one-time boosts.