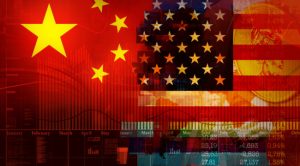 On Saturday, Dec. 1, at the end of the G-20 meeting in Buenos Aires, President Trump and his team of trade and finance advisers had dinner with President Xi Jinping of China and his team.

The purpose was to discuss the ongoing trade war between China and the U.S. Trump’s team had presented the Chinese team with 142 specific trade demands.

The two sides went over the demands one by one during the course of their two-hour dinner. When they were done, both sides announced a 90-day “truce” in the trade wars. China agreed to negotiate in good faith on the demands and the U.S. agreed to delay the imposition of tariffs scheduled to go into effect Jan. 1, 2019, until March 1, 2019, to give the negotiations time to proceed.