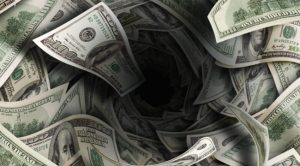 Well, congratulations if you do, because everyone else seems to have forgotten.