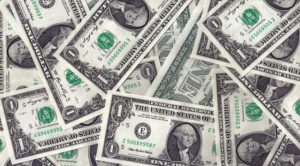 MMT supporters will point to 2008 and say, “Just look at QE. In 2008, the Federal Reserve Balance sheet was $800 billion. But as a result of QE1, QE2, and QE3, that number went to $4.5 trillion. And the world didn’t end. To the contrary, the stock market went on a huge bull run.We did not have an economic crash. And again, inflation was muted.”

Fed chairman Jay Powell has criticized MMT, for example. But its advocates say Powell and other Fed officials hoist themselves on their own petard. That’s because they are the ones who actually proved that MMT works. They point to the fact that the Fed printed close to $4 trillion and nothing bad happened. So it should go ahead and print another $4 trillion.