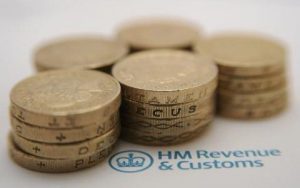 Governments are insatiable when it comes to taxing their own people. Periodically a rough equilibrium is established between taxes and government spending, but governments then proceed to break the truce by increasing spending and trying to collect even more tax. While governments always talk about “taxing the rich,” the truth is that taxes are levied on the middle class, because that’s where the money is. The middle class lacks recourse to lobbyists to protect them with loopholes.

Click here  to read about the latest example in the U.K. There, workers are allowed to give up part of their taxable pay in exchange for tax-free benefits such as health care, gym memberships and other perks. The U.K. now proposes to end these programs because of lost tax revenue. This proposal is the functional equivalent of a tax increase on the middle class. The rich can easily afford the “perks;” there are no new proposals to increase taxes on the rich.

The same kind of tax targeting of the middle class can be seen in value-added tax (VAT) and sales tax increases from Japan to New Jersey. This pattern of more spending and higher taxes will never end until governments go broke or citizens change governments, either at the voting booth or by moving to another jurisdiction.