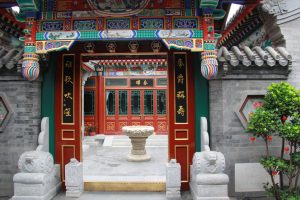 We’ve written before about how the bitcoin market is populated by drug dealers, money launderers, terrorists and worse. We’ve also written about how users buy, sell and store their bitcoins on “exchanges” that are really unregulated and unvetted computer networks that occasionally disappear or crash, taking their customers’ bitcoins with them.

Tax authorities, securities regulators and law enforcement are now converging on these exchanges. Users may be unpleasantly surprised when some of the exchanges are shut down and bitcoins are frozen or they start receiving tax assessments for paper gains on prior transactions. In this article, readers can take an even deeper look at the underbelly of the bitcoin ecosystem.

Most bitcoin “mining” is done in China because mining depends on massive computing power and the enormous amounts of electricity needed to run and cool the machines. Electricity is cheap in China because it is subsidized by the government though a huge network of coal-burning plants (one reason why the air is black and unfit to breathe).

The miners are in a “club” (described in the article) that has ambitions beyond bitcoin. The Chinese miners are trying to dominate distributed ledger technology not in competition with the government but in cooperation with it. It’s a play to disrupt and ultimately destroy existing payments systems, including those based on the U.S. dollar.

Meanwhile, the typical bitcoin purchaser has no faith in the enduring value of bitcoin — he merely considers it a speculation that looks favorable compared with the limited investment options of most Chinese investors (basically stocks and real estate that are both already inflated). The Chinese know bitcoin will crash; it’s just that they believe they’ll be able to dump their bitcoin on another sucker before the crash comes.