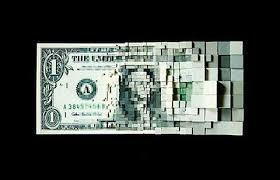 This article explains that cyber-financial warfare is not a futuristic scenario; it’s happening now. After the Russian invasion of Crimea in 2014, the U.S. imposed economic sanctions on Russia. These sanctions were regarded as an act of war by Russia. The Russians retaliated by launching large cyber-attacks on major U.S. banks, which temporarily shut down many banking services early in 2016. Russia also allegedly hacked into the computer systems of the two major U.S. political parties and then weaponized the hacked information to discredit Democratic party operatives.

The U.S. has threatened retaliation, and now Russia is warning of expected cyber attacks on its financial institutions coming from the U.S. and its allies. It seems likely this tit-for-tat escalation in cyber-warfare between Russia and the U.S. will continue. There are no agreed “rules of the game” to encourage de-escalation as there were in the Cold War with regard to nuclear threats.

Meanwhile, the greatest danger may not be intentional infliction of harm, but an accidental attack. This could arise while one party probes the systems of another party and tries to plant sleeper computer viruses for activation at a later time.

Such probes can result in accidental launches unforeseen by both adversaries coming at inopportune times. Such accidental attacks could easily wipe out any wealth that you hold in digital form at banks and brokers. The best solution is to convert some of your wealth into non-digital form such as gold, silver, land, fine art, water and other natural resources.