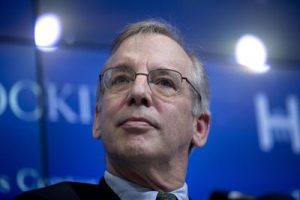 You’ve seen a wave of articles over the past year about the death of cash. The news is everywhere. Famous Harvard Professor Ken Rogoff even wrote a book called The Curse of Cash.

Australia is considering elimination of their $100 bill. The European Central Bank has already eliminated the €500 note. The Indian government unilaterally declared the two most popular forms of cash in India to be illegal overnight and without warning. The signs are everywhere.

But, guess what? Cash just made a big comeback in one place, and the reasons are revealing and a warning to us all. Hurricane Maria knocked out power in 90% of Puerto Rico. Even now, the power is only partially restored and about 65% of the island is still without power.

When the power goes out, so does digital money! Credit cards don’t work. Debit cards don’t work. ATMs don’t work. You can’t wire money in or out. Banks shut down. And don’t even think about bitcoin — that’s 100% dependent on electricity and the internet. A few ATMs worked for a while, but lines formed and they quickly ran out of cash and could not be replenished.

People with cash started hoarding it for fear they could not get more. One great irony was that despite the shortage of goods, the few stores that had batteries, water and supplies couldn’t sell them because no one had any money. In short, money disappeared from Puerto Rico almost overnight.

What happened next? The answer is revealing. As this article shows, the Fed chartered airplanes and began flying stocks of cash — physical notes, $100s and $20s — to the beleaguered island. The notes were distributed to banks that began dispersing them through tellers and ATMs. Even the mighty Fed, which wants you to keep cash in digital form in their banks, had to resort to paper money in a pinch.

The lesson is that you should have a stash of cash next to your batteries, flashlights and water in case of emergency. The digital payments system is more vulnerable than most realize.