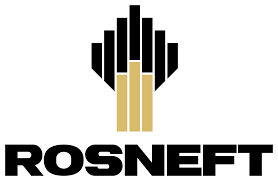 We have often made the point that the death of a reserve currency such as the dollar does not happen overnight. It happens little by little over years or decades in ways that most people don’t notice until it’s too late. It’s the death by a thousand cuts.

A good case in point is the replacement of pounds sterling by the U.S. dollar. Today the dollar is 60% of global reserves and sterling is about 3%. But, that wasn’t always so.

We don’t have exact figures, but in 1913 sterling was probably over 50% of global currency reserves (excluding gold at a time when the world was still on the gold standard). The process by which the dollar replaced sterling played out in stages between 1914 (the start of World War I) and 1944 (the Bretton Woods agreement) and reached a crescendo in 1967 (sterling’s shock devaluation against the dollar). Something similar is happening to the dollar today.

Russia and China have moved back to a shadow gold standard; both countries have more than tripled their gold reserves in the past ten years. Meanwhile, Russia and Venezuela (two of the ten largest oil exporters) have agreed to accept yuan in payment for oil from China (the world’s largest oil importer). This marks the beginning of the end of the petrodollar system, which has propped up dollar demand for over 40 years.

This article reports on one more development in this trend. Russia’s move to divert its oil exports from Europe to China means that the replacement of dollar payments with yuan is set to accelerate. Of course, even a long, slow process can accelerate rapidly at the very end. That’s when the final collapse emerges seemingly from nowhere.

The time to prepare for the demise of the dollar is now. With war on the horizon, events surrounding the dollar are just about to get interesting.